As you may know, the original Bungsamran in Bangkok has now closed due to urbanization after 34 years of existence. We are truly sad at losing such a prolific fishing park. However, the owners of Bungsamran has been secretly working on a new location just outside of Bangkok the past two years and it is safe to sat that it is even more prolific than the previous one. New Bungsamran is located about an hour outside of Bangkok and it is double the size of the old one. Facilities are brand new with lots of of fish murals and decorations that would make you want to walk around the lake to appreciate the art.

Apart from the old fish that are being constantly moved to the new lake on a daily basis, the owner has stocked bigger fish and a variety of them. Mekong Catfish weighing between 60 to 150 kilograms by the hundreds have been stocked into the lake as well as Siamese Carp, Chinese Big Head Carp, Juliens Carp and a lot more. Those who doesn't want to fish for Mekong Catfish could also potentially have an enjoyable time catching various carps on light tackle. 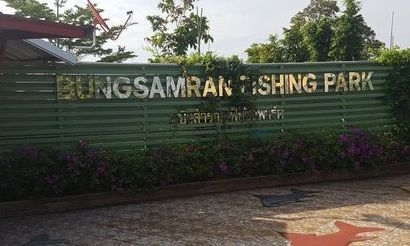 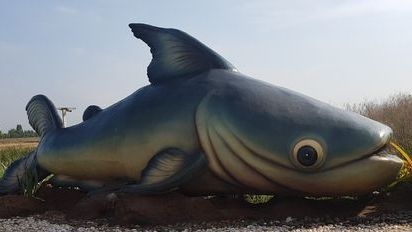 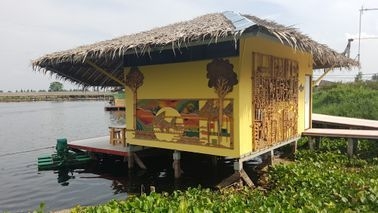 Since its grand opening on March 31st 2017, we have fished the lake five times with pretty good success albeit a strange one. On grand opening day, we went out with two rods and there was no Mekong Catfish in sight but we somehow landed eight Amazon Redtail Catfish on bread. Safe to say it turned out to be a good day after all.

The second and third time was a standard day at Bungsamran with the Giant Mekongs starting to come out to play as well as smaller Siamese Carp. Then on the fourth time, the big boy came out to play with the client landing a fish that was in the 70 kilogram range. The bungalow next door had a fish that was well over a 100 kilograms.

The last time we visited, we had a mixed bag of Mekong, Siamese Carp and Chinese Big Head Carp showing up which demonstrates that Bungsamran is not just for Giant Mekong anymore. 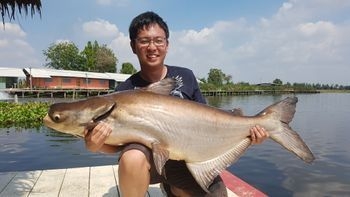 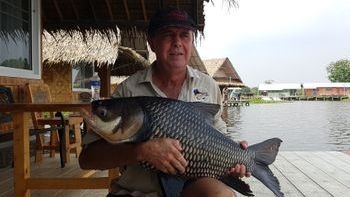 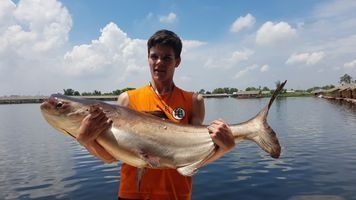 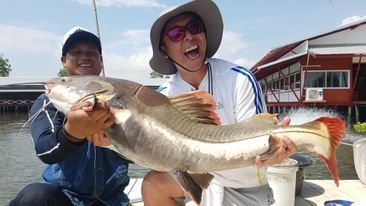 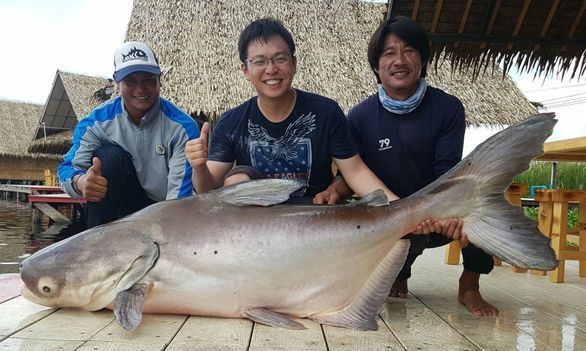