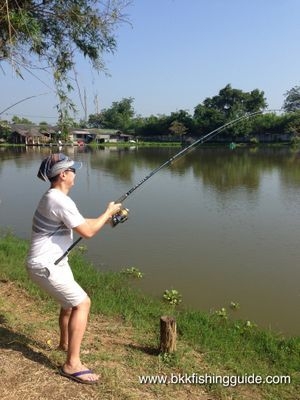 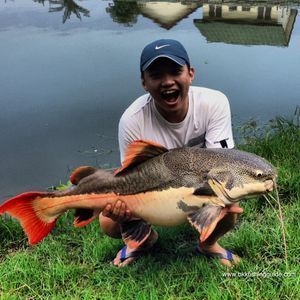 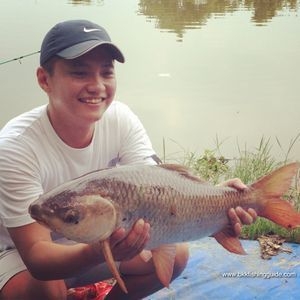 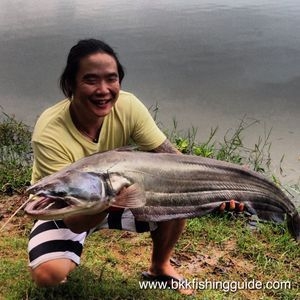 Today I had an opportunity to fish with a former colleague of mine in the States. We used to work in the same restaurant and now he has become a successful chef with experiences in London and Singapore. So he is a guy that cooks well and is also an avid angler. Perfect for going camping in the jungles.

Anyways, the destination we decided to visit is Palm Tree Lagoon with his desire to catch various fish as well as the opportunity to catch a fairly large Siamese Carp.

It didn't take long for the fish to bite and Alan was up first in fighting the fish. Definitely looks like its going to a massive fish but what comes up remains to be seen. There are over 60 species in the lake!

Overall, we had an average day with each angler catching about 6 fish each. Alan won the title of Redtail champ with 5 out of his 6 fish being Redtail Catfish. 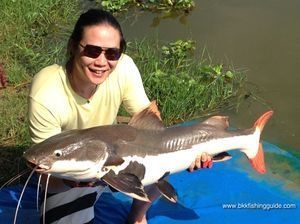 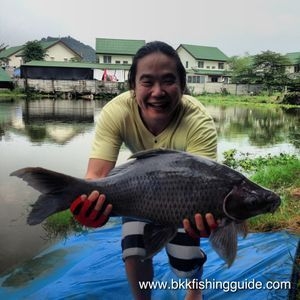 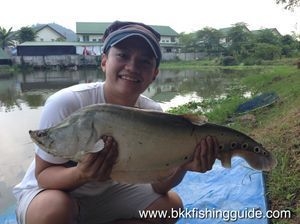 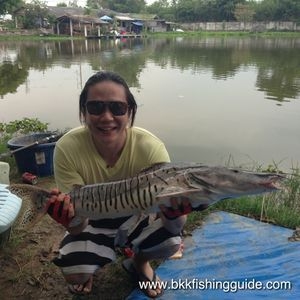